One thing that all non native English speakers have to keep in mind is that firstly, your English must be smoking good or near native. This is really what hiring managers have come to expect. It is important to keep in mind that non native English speakers are at a disadvantage when it comes to getting hired for TEFL positions for quite a few reasons that we will get into a bit later in this article.

After all teaching ESL is a business. If the hiring manager doesn't fill the seats then he gets the axe so he is kowtowing to the overpowering branding concept or way of thinking that the Hollywood image / white bread teacher is the best teacher. In reality they are unrelated and teaching English in Japan simply put is not a birthright.

For example non native English speakers have more experience in understanding the student's problems because he or she had to study English to get to the level that they are at in order to even apply for the job. Whereas the native teacher may not know a noun from a verb and get hired simply based on the county of his or her birth. Firstly you need to think systematically. Once you get that first job and can write that on your resume you took the first big step. First you win your first battle and then you win the war. And not the other way around.

In other words when you can write teaching related work on your resume that immediately separates you form others who simply graduated from what is considered to be a native English speaking country.

So here are some common steps to success

You got to really want it and if you do then do your best to immerse yourself in English as much as you can. Live and breathe it. Watch English T.V. and read English books. Even if they are comic books! Something is better than nothing.

By writing them down you are using another part of the brain which reinforces the acquisition of the target word. Because you are using two skills reading and the actual writing of the word it sticks in your head better. So the more skills you can attach to remembering the target the faster you will make progress. So read the target, speak the target and write the target.

Risk Sounding a Bit  Like a Crazy Person And the Big Takeaway From This page.

"What you say? Boy you ain't right in the head!"
No seriously folks talk to yourself out loud in English. Just hold your horses for a second. Think about your state of mentation or mental activity. All day long you think in your native language right? I have to do (x), (Y), (z) and I should do (x), (Y), (z). Countless thoughts careen through your head all day long.

Seriously think about it. For example you wake up and think "I slept well." or maybe you thought "I hardly slept at all, I wish the neighbor was quieter." "My feet are cold." "I am hungry and really feel like eating a burrito." "Damn! I forgot to buy milk again" "How late is that store open...I keep forgetting their hours of operation." All just fine and dandy isn't it? Hardly.

Don't just stop there. Test yourself! Can you say all those random thoughts that pop into your head in English?  How much of what you are constantly thinking can you actually say in English? 50%?  70%? What we are trying to say here is train your brain to think in English. 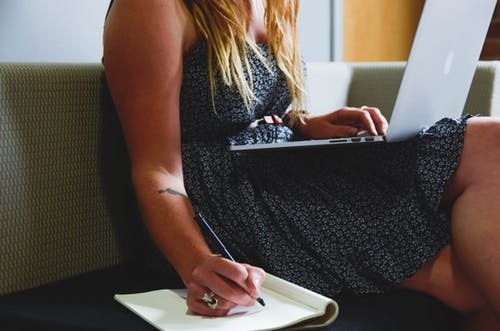 The first thing to understand is visa restrictions.  This means a working Visa from the golden 7 or  is it 13 native English speaking countries?

If you don't have a passport from the golden 7 (native speaking countries,) you're a non native English speaker.  This is a myth according to the Japanese government. This is a wide spread thing in the teaching industry and not just Japan.

This is by no means an isolated thing, in a prior article we looked at Apple vs. Microsoft and their battle for supremacy in IT. Now stay with me here. This very same phenomena exists in all parts of the world.

Take for example cigarette smoking. The Marlboro Man. Tough cowboy, handsome, rugged and independent man enjoying a nice smoke out on the range in Man's Country. (In case any of you are even remotely interested in this legendary iconic example of how simple common sense get smashed Umm... no crushed  Not quite right... trashed No. Close but not quite right. Let me see... obliterated. Yes! That's just right!


Cool  hip Hollywood actors types like John Travolta intimidating some other guy while he calmly lights his cigarette before deciding to kill the guy. All of these images build up in the mind of the person seeing it and without them knowing it they are influenced subtly to believe smoking is cool. The whole lung cancer thing dying pitifully in a hospital is simply  swept under the rug.

And so it is with the battle that non native English speakers face when trying to get a job. They have the uphill battle of offsetting that brainwashing effect of English teacher = American, Canadian etc. That is perpetuated by metric tons of image/brand creation from countless sources. It's not that the hiring managers are racists, it's that they are dealing with a monster much bigger than they are. They are dealing with an all pervading image & branding creation machine. More info. on TEFL Equity Advocates here.

One important point that should not be overlooked is to have realistic expectations. HR managers expect interviewees to have more than good English. They expect excellent English and good accents.

If you don't have this you have 2 choices. 1) move downward on the English ladder (teaching young children) where blazing fluency isn't required or you should spend time abroad and immerse yourself in English to where your fluency and your accent are nice. We really can't say enough about the importance of a good accent.

Many non native English speakers are worried about how to handle the interview but in reality they have the horse in front of the cart. You are not going to get that Skype interview if the HR manager shreds your CV and resume. And it all starts with your cover letter. It's a handy bit of advice to know that most of your hiring managers are Westerners so the cover letter for a non native English speaker needs to be written in accordance with what they expect or are used to seeing.

Some of them really standout so clearly, they literally scream "I don't know what I am doing." Again another real life example that directly relates to getting an ESL interview is WRITING IN ALL CAPITAL LETTERS. YOU MAY THINK IT GETS ATTENTION BUT IT UPSETS THE PERSON READING IT!!!

Here is what we mean. Think of some of the e-mails you get. Tons of them have all capital letters in the subject line and 99% of them are marketing crap products from shady firms. I learned this after opening just two of them. Think this way - All cap. means crap.

Rationalization of poor grammar. Folks It all ads up. Small mistakes with punctuation here and there. Misspellings. Poor layout etc. It all just flushes your chances of getting that first chance at an interview right down the toilet. 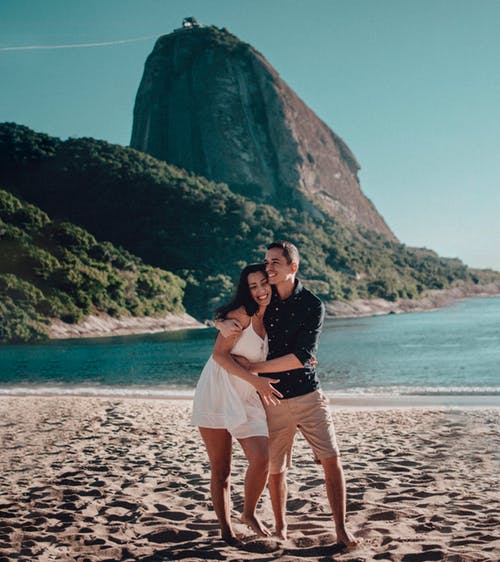 Let's connect it again with another real life situation

So to reconnect these two ideas, your CV should be like walking up to that pretty girl with a smile, overflowing with positive energy and looking and acting like a super fun and nice guy. Then she will say "yes."

And so, if your CV is well written it is the same thing - a killer first impression. And your hiring manager may say "yes" to you. This keeps your CV out of the shredder and opens up the path to getting your resume read and hopefully a long and nice relationship with your school (like the couple in the above pic.)

Remember it's dog eat dog out there. And when you are competing against native English teachers who are a low risk choice with their clean accents and image that students want, your job is to lay the hiring manager's fears to rest with a good video presentation.

Show how good your accent is, how friendly, outgoing, professional and competent you are.  Yet another connection with real life situations. Actors. When they give readings or auditions for parts in plays and movies, their auditions have to be excellent or the part goes to someone else.

Same thing with your video presentation to your hiring manager. Make no mistake you not only have to sell yourself, you have to sell hard. When you are done making that video if it doesn't impress you, go back and do it again until it sparkles.

If you already have a class demonstration video and if it's a good one that's great by all means send it and show your personality. That you are likable, cheerful. The kind of teacher that students want and need and hopefully before you know it that invitation for an interview will land in your inbox.